This is part of the materials used in the Solid Earth class. 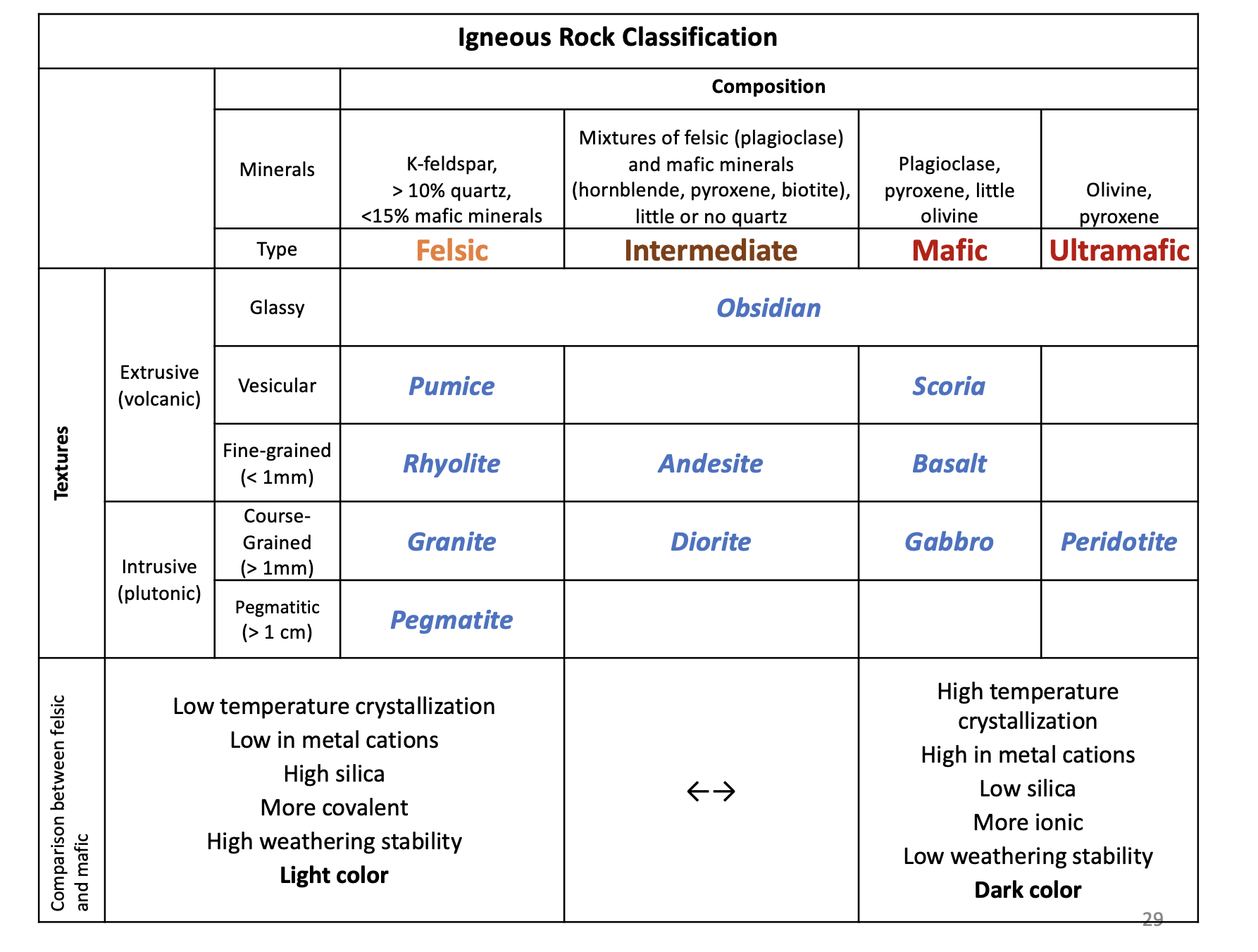 Description of the constituent parts of a rock and their sizes, shapes, and arrangements

Sedimentary rocks are generally formed by

Sediment is produced by the following processes:

After sediment is produced, it is transported to a site of deposition by rivers, wind, glaciers, rockfalls, debris flows, avalanches, and many other processes.

We call any chemical change that happens to sediments after deposition diagenesis. Sediments are lithified, or turned into rocks, by diagenetic processes. Here are a couple of examples of how this happens: 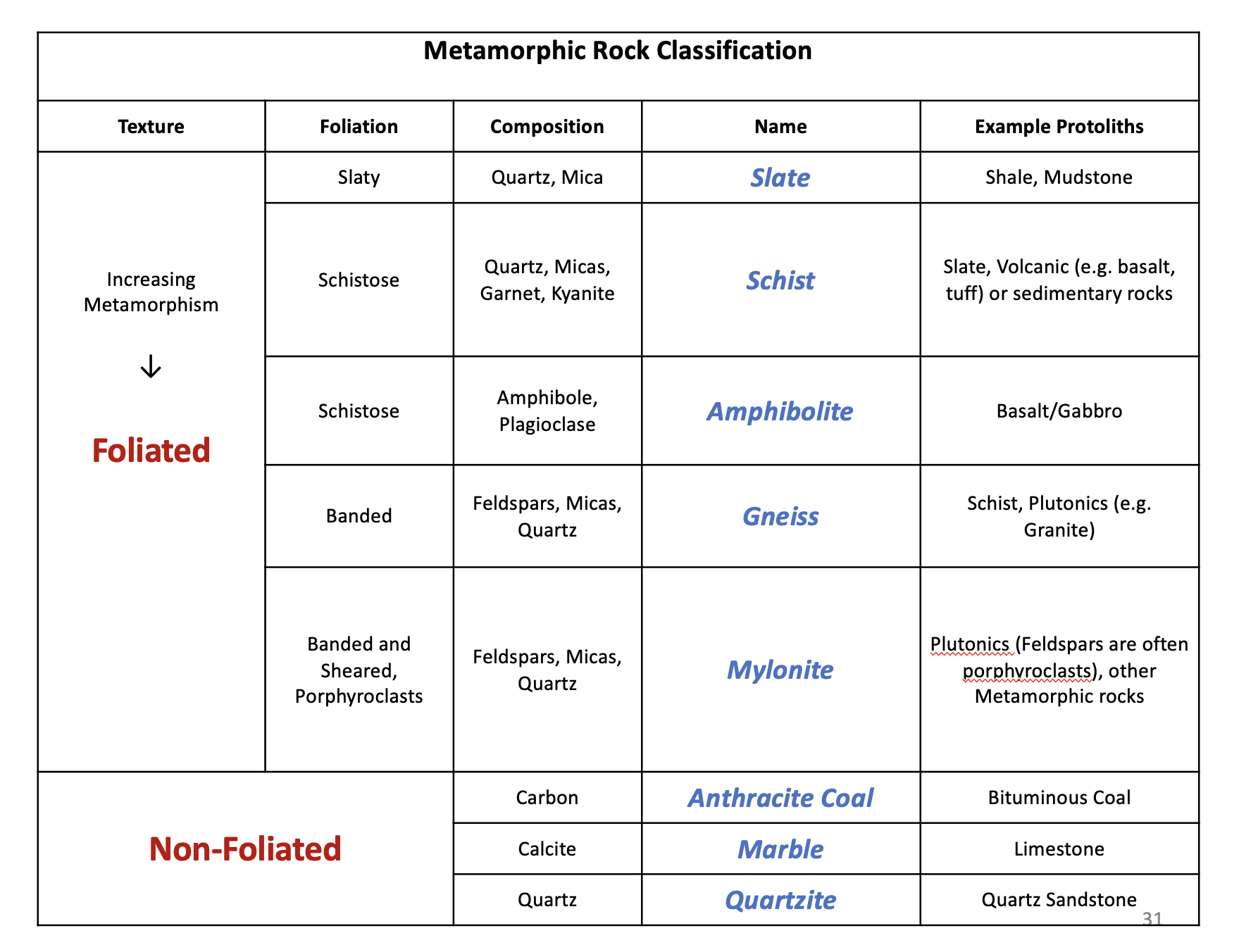 Metamorphic rocks have undergone a change from their original chemical and/or textural makeup largely due to changes in the temperature and pressure conditions applied to them. The classification of metamorphic rocks is based on the minerals that are present and the temperature and pressure at which these minerals form as well as the texture of the rock.

Texture is divided into two groups:

There are four types of foliation.

Non­foliated textures are identified by their lack of planar character. These rocks tend to have poorly defined grain boundaries, even if you can make out the minerals in them. These rocks can be difficult to distinguish. The following are rocks you might encounter, and some key characteristics to help pick them out: